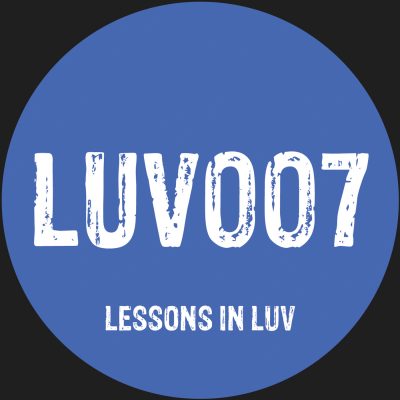 It’s been a memorable year for the Luv Shack. Release after release, props after props, watching the guys build on a solid foundations and take it up a notch each time. If you listen to their first release (again), and then this new release, you will see just how far they have travelled in such a small time frame. And yes, it started with a couple of mini compilations and EP’s to see what the reaction would be. The reaction was good, actually no, the reaction was great, the right jocks took to the guys and the early EP’s and hence since, the Luv Shack posse have been locked up in a studio ever since. They’ve been productive, and more to the point, excelling in that production. It’s going to be a brilliant 2013.

So you drop the needle on the A and that dynamic duo Jakobin & Domino hit you with something quite sensational…which also just happens to be called “Sensation”. This is full-on New York party a la ‘94. It’s straight out of Strictly Rhythm camp in its heyday. It’s big, it’s brash, the bass alone with have you shedding some serious sweat. It’s House music like House music should be! You’ll be diving into the red on the mixer with this looking for the maximum pump from the speakers.

The return of LeSale sees some scrumptious grooving with “Before the Night”. Tight drums and claps intertwined with the essential sensual vocal titbit’s that Luv
Shack are renowned for. Lovingly assembled piano chords and other finger work complete this hooker with immediate and long lasting appeal.

Flip it over and Burnin Tears greet you with something just a little darker and broodier. Thoughtful Nu-Disco, building, developing, waiting for its time to break out and grab you by the testes and squeeze them ever so gently! And it does, courtesy of those once again well placed vocal drops and some enchanting old school synth work. “Your Fantasy” is a trip, taking you, as music should, just that little higher than the state you were in before. You’ll be wanting to hear this on a big set up!

And to bring matters to a close on LUV007 are Lee Stevens and Jakobin teaming up for “Dem Young People”. Deepness in abundance, strings and flutes aid the mood of a little gentle tension somewhere in the universe. Reflective, full of deep thought, and definitely a ‘lights out’ musical moment full of transportation possibilities. Bring on the heavy!