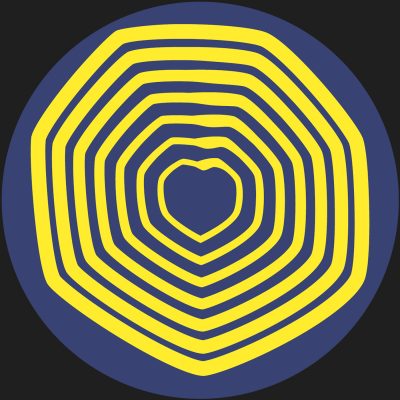 Spring Zero Thirteen finally arrived here in Vienna, and with it a busy Luv Shack schedule to shout about. This time the boys deliver a delicious double header coming in two parts. Yes, LUV10 comes in two vinyl slices spread out over a few weeks. Digital, you get to taste all eight tracks in one sitting. And you will need all eight tracks too as the label gets really serious with some heavyweight dance music, including a first for them in inviting major guest appearance’s from the likes of Rocco Raimundo, Mike Burns, DJ Rocca, Ben Sun & Tyson Ballard as Voyeurhythm, Rotciv and Radio Diffusion. The label is spreading its wings and, it’s the right time to invite others to come roost in the Shack and spread the Luv.

First slice in LUV010-1 kicks off with Burnin Tears & Jakobin getting old school with “Heartcore”.Lots of quality bottom end as it was back in the day. Proper House music has always been driving by the simple low-end frequencies that keep the track raw and pure and the right side of industrial. Burnin Tears & Jakobin stir in their accustomed vocal “luv drops”.

mikeBurns bangs it out big time for LeSale’s “On the Beach”. Blimey, you really could be on a beach with this one too. It wasn’t easy getting those Seagulls in the studio apparently and getting them to comply with Mike’s wishes, but the guy did memorable work in getting the job done. More than just another Balearic outing, it builds and builds and really does turn into a majestic summer solstice.

Flip it over and Rocco Raimundo once again gets into that bottom end thing. One heavyweight producer and one seriously heavyweight groove. “Made For Each Other” is Rocco bitten by the Luv Bug. Ethereal and dreamy but with an extremely influential groove that just commands your attention and some fancy foot action.

Last but not least on the flip of 10-1 is the Voyerhythm remix of “Be Yourself” by Lee Stevens & Domino. Some sampling that will have you racking your brain for what it is. I always luv it when a producer teases me to death with a chopped up sample from my youth that lingers on the end of my tongue. Synths and drums and lots of wobbly knob twisting as if Ben & Tyson get frisky with their funky fingers! Damn, I still can’ remember this frigging sample!

Tracklisting:
A1. Burnin Tears & Jakobin – Heartcore
A2. LeSale – On the Beach (Mike Burns Remix)
B1. Rocco Raimundo – Made For Each Other
B2. Lee Stevens & Domino – Be Yourself (Voyeurhythm Remix)