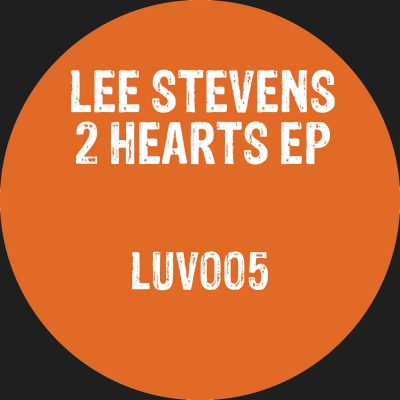 LUV005 already and no doubt another classy four tracker that will top a few sales charts in the coming weeks and months. It’s been a wonderful summer for the Luv Shack crew with every release bettering the last. The response and reaction to the new label has been astounding and beyond a pleasant surprise. With intelligent dance music such as this, it really shouldn’t be such a surprise, but in a world of mass mediocre music, it does happen more often than not, that the good stuff doesn’t always find its way. The guys though have found a place in a lot of hearts and quite a few tasty DJ sets and record boxes with four very consistent releases. So, here we go with what is yet another worthy addition to any half decent DJ’s repertoire me thinks.

And it is Lee Stevens who teams up with local friends to deliver a very crafted set of aural niceness for your distinguished pleasure. First up, collaborating with LeSale on LuvSick a soulful and later 80’s boogie joint reminiscent of Jimmy Jam & Terry Lewis. Keeping it simple and letting the groove do the work, this track will slide into your Disco set, nu or old, like a beautiful breeze.

Track two on the A side is Lee teaming up with label companion Jakobin on Find a Girl. Deeper, evangelical, actually quite ethereal, but with a proper wobbly basslines and some serious stomp on the kick drum. Like the drummer has one of those military boots on. Deep, deep celestial house in which you better turn the lights off in the club (or else!)

The deepness continues on the flip side with the first track Deep Inside featuring Simonlebon. Spacey and cosmic, bass and synthesizer heavy, but with the quality of weightlessness and a soft delicacy. It’s a little treasure of a track that will find some broad appeal, especially when you need to break up a “too banging” set. Think of “Equilibrium” and you know what I mean (hopefully?)

Finally, B-2 (and it is by no means the weakest link on this EP) is Domino in association with Lee on Be Yourself. Funky and flavoursome with bright young vocals and keys. Again, as with all Luv Shack outings, you get this effortless and sexy settled groove, basslines that softly shake the rump, and you always get simple sensual synthesizer action. The sexy track on the EP!

Quality mastering as always by the magician that is Patrick Pulsinger. Yeah, it’s another high calibre EP from Luv Shack. Enjoy!