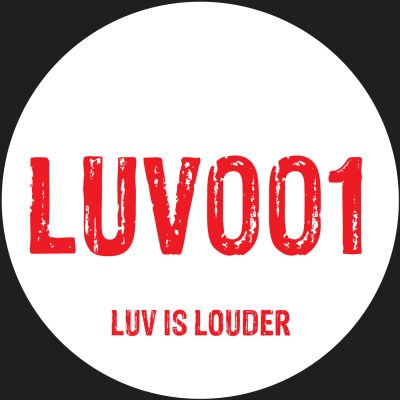 There has been a musical changing of the guard in Vienna the last years. Over due too some would say. Out with old crusty chilled downtempo and elevator music and most definitely in with new exciting and innovative electronica, be it Hip Hop or House or Techno. Much of this has been because of the new breed of club and party people who have taken risks and brought over from overseas very cool underrated and forward thinking producers and DJ’s to play at their parties. This has influenced a new generation of likeminded musical factions and cliques in Vienna who are now producing passionate and quality beats too. One such label is Luv Shack Records and apart from organising some of the cities best parties, they now see fit to express themselves through the medium of vinyl and digital downloads with a roster of local talent.

LeSale opens things up on the EP with “Make me feel so good”. Strong Disco overtones that hark back to the days of the Garage and the Loft. Disco in its purest and most sensible form was always just about a groove, and this has a groove. Minimal piano and vocal loops take nothing away from this gorgeous groove either.

Burnin Tears continue the Nu-Disco theme with “Confessions”. A punchy almost reggae trance with the big claps and a massive gospel shout out that really do light up this energy laden track. Vienna is definitely in the house though with some tight echo and reverb filling the holes.

On the flip, we get more sophisticated and deeper with Jakobin & Domino, two very exciting producers that have had some nice sounds recently on Easy Moods out of Graz. These guys always add plenty of atmosphere to their music and “Night Glow” just oozes the savoir-faire with some soft acid and a little late night Detroit.

Last but not least, Lee Stevens & The Beautiful People drop one of those mid tempo monsters that never feel out of place these days. Dropping the odd cowbell and with short and thick basslines that really do stick, this ends up being a really tight channel and groove.